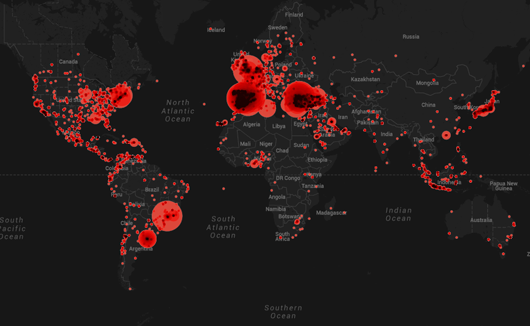 The Future starts with the letter S

(This post was originally published in Ferrovial´s blog at 3th February 2015)
Two common threads run through the many recent analyses about what 2015 has in store for us. All the projections recognise the complexity of the situation as a result of the changes that will occur. For example, in geostrategy, oil predominates, in politics, the end of the two-party system, and in economics, the impact of disruptive technology. That is, complexity and change, but there is a generation that is more prepared than any other to address them. They are the Millennial Generation, i.e. people born between the late 1970s and the 1980s, who have grown up with the crisis and, precisely for that reason, know how to contend with it. The most world’s reputable institutes and companies have studied Millennials, concluding that there are three attributes we must learn from them:

These are the trends focused on by Millennials, such as Joaquín Muñoz who, from his tiny office in Madrid, recently won a case against Google in a suit over the right to be forgotten; José Luis Fernández, a young engineer who won a Microsoft award with his start-up focused on photo challenges; Sergio López, who runs a holding company grouping 20 technology companies where he is the youngest employee; Ángela Borreguero, who left everything behind to move to a remote Cantabrian valley and launch a home-care company; and Pedro Rincón, whose social project with discount coupons, based in Seville, where he lives, is improving the lives of the unemployed all over Spain.
Ferrovial Services has a new open innovation programme, MADRID SMART LAB which aligns with this global trend. This project aims to scale the capacity of Millennial entrepreneurs in innovating in municipal services, working together with government agency Madrid Emprende to turn Spain’s capital city into an enormous incubator for testing entrepreneurs’ innovations.
They are the Millennials, the new generation of the Millennium who are creating their own jobs and will pull us out of the crisis.
____________
In this book they have collaborated Manuel Martínez, Head of Innovación in Ferrovial, and Rafael Fernández, Head of Proyectos España del Centro de Competencia de Ciudades de Ferrovial Servicios, with a chapter regarding the Madrid Smart Lab and how Ferrovial searches for this «millennials» and their potential in order to generate value.

Iñaki Ortega has a PhD in economics and is a university professor. He was worked with several administrations to implement successful strategies in the areas of innovation and economic development. He was the general manager of Madrid Emprende from 2005 to June 2014. He is currently a professor as well as head of programmes at Deusto Business School. He is a frequent contributor to the financial media, co-author of several books, and a blogger. He has advised governments, universities and large companies on creating entrepreneur support programmes. He is an entrepreneur and founder of the NGO called proyectoHAGO